“ Light is connected to the entire development of science, if we think of the galaxies we know their light allows us to study the history of the universe. Understanding the nature of light has always worked together with science from the relativity theory, to quantum physics, to laser beams” (Massimo Inguscio)

Seeing with eyes of Light: this is the key for a deep contact between our human and divine parts, like the union between Heavens and Earth from which the New Child may be born. This birth will enable the new human beings to transform their DNA, so far a double helicoidal structure, adding the part so far called ‘trash’ in order to live with 12 helicoidal structures. By presenting the 12 zodiac signs linked to the 12 senses, I intend to activate a deeper perception that can free the real potential already present in every human being.

The Creation is what makes itself visible, it is the idea of Cosmic light that becomes matter, this is its project advancing in Time, taking on continuously evolving forms. Nothing is destroy, everything is transformed, this is the eternal Law of Life that rules the Universe. Therefore, we are condensed light, holding its form for a certain amount of time and covered by what we choose along our paths. How much we do let our light shine in our everyday lives? The more we allow it to flow freely, the more we are connected to the Source from which the Light comes.

“ Seeing with the eyes of light” is like seeing with an angel’s eyes: observing ourselves and life with an open heart, listening and giving words of warmth and vitality. Letting go of our personal ballast ( past experiences, fixed ideas, wounds…) and transforming it into active energy, we can see and conceive the world in a new, crystal clear light. We can change the world around us by dissolving the thick fog produced by our fears, so that the inner energy nucleus can heal us and our world. The current situation of planet earth is a reflection of the movements of the slow planets, that didn’t allow the Quantico jump, that is the acknowledgment of the Divine Laws and their transposition on a different level of consciousness, where a new era of light and prosperity can happen, the so called Golden Age. 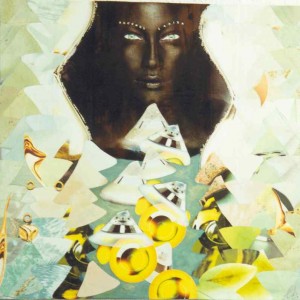 Whenever heart and thought are warned up, every archetype finds its place and its splendour, so I think. This sentence embody the true joy that comes from recognizing our nature of light beings, sons and daughters of the same mother and father in perfect unity.

Uranus is the main agent of this new way of feeling, by entering in Aries on March 12th 2011, Uranus has manifested as a new force, capable of starting a revolution in those ‘principles’ that give stability to social life, so that we are pushed into a path of deep knowledge of ourselves with a complete change in our vision of life. Rules need to be destroyed by Uranus in Aries whenever they suffocate creativity and inner innovation. During its transit in Aries, Uranus has been confronted by Pluto in Capricorn, so that the myths of consumers’ world have fallen

We live in a transition where the old ideas cannot be adapted to what is coming; tha squaring of Uranus and Pluto sheds light on all the underground manoeuvring, both at personal and social level, because now it is important to promote what it is true and ethical. Uranus and Pluto open the door to the fresh, active waves of the new Feminine (now activated by Neptune in Pisces ), that is now working within us, in our daily thoughts and perceptions. These three planets declinate responsibility on the results, so that Saturn, planet of the personal will, is needed in order for us to make the correct choices in alignment with cosmic Will: when we recognize that we are one with the Light and we awake it inside, out perceptions are richer as soon as we become aware of all our 12 senses and their connections to the 12 signs of the zodiac.

Transcend is a business WordPress theme geared towards online businesses and agencies. It helps you sell your product by showcasing its features in an elegant and professional design. 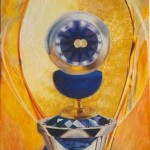